Facts, not feelings, right? Wrong. The film’s biggest antagonist, Juror 3 (Lee J. Cobb) is a loud-mouthed, bad-tempered bully who is not used to having his authority questioned. One by one, he tries to intimidate the other jurors and ends up clashing with Juror 8 in one of the film’s most iconic scenes. Eventually, we learn that his feelings about the defendant (‘rotten kids!’) are really a reflection of his feelings towards his estranged son, whom he hasn’t spoken to for some years. After a fiery monologue fuelled by his denial, he crumbles and finally changes his vote from ‘guilty’ to ‘not guilty’, the last juror to do so. One of the film’s flashier roles, Juror 3 serves as a cautionary tale about what happens when people aren’t challenged when in a position of (some) power. He is also a testament to the need for conversation and open-minded discussions about feelings that so many people refuse to acknowledge.

The coolest named screenwriter of them all is our SCREENPLAY BY star for Noirvember! Born in Samsun, Turkey in 1908, Albert Isaac Bezzerides emigrated with his family to the United States, settling in Fresno, California when he was two years old. During his time at the University of California, Berkeley, he published a short story, Passage into Eternity, in the Story Magazine, before writing the novel The Long Haul, which he adapted himself into They Drive By Night (1940, dir. Raoul Walsh). What followed was a streak of films noir, including Desert Fury (1947, dir. Lewis Allen), Thieves’ Highway (1949, dir. Jules Dassin), based on Bezzerides’ own novel Thieves’ Market, and On Dangerous Ground (1952, dir. Nicholas Ray). In 1955, came what is perhaps his greatest achievement. Based on Mickey Spillane’s novel of the same name, the screenplay of Kiss Me Deadly (dir. Robert Aldrich) was a turning point in the film noir universe, with its apocalyptic, allegorical and nihilistic style, as well as one of the first examples of ‘the great whatsit’ motif in the form of the glowing briefcase, which is still a beloved trope to this day (lookin’ at you, Quentin!). Ten years after this, he created the Western series The Big Valley with Louis F. Edelman. A prolific and underrated writer, A. I. Bezzerides died in 2007 at the age of 98.

The Femme Fatale is one of the most iconic tropes in film noir, but what about their male counterparts? Granted, the very creation of the femme fatale is deeply rooted in attributes that we associate with female characters and while we’d be hard-pressed to find a film noir that explores the ‘homme fatale’ as thoroughly as a femme fatale, with similar motifs and as instantly recognizable, who’s to say that some of those qualities aren’t applicable to male characters in certain films? After all, aren’t Gilda and Johnny equally ‘fatale’ to each other? Here are 5 hommes fatale you may not have realized are hommes fatale.

Steve Cochran in Private Hell 36 (1954, dir. Don Siegel) – When I covered this incredibly underrated gem last year, I referred to Cal Bruner as the slyest, smoothest of hommes fatale and I stand by that. One of the noir’s most corrupt cops, Bruner charms his out of trouble, seducing everyone in his path, from his girlfriend Lily (Ida Lupino) to his best friend, fellow cop Jack (Howard Duff). He is also one of noir’s most underrated villains.

Dennis O’Keefe in Raw Deal (1948, dir. Anthony Mann) – From using his girlfriend Pat (Claire Trevor) to help him get out of prison to kidnapping his other girlfriend Ann (Marsha Hunt) before going on the run with the two of them, Joe Sullivan is easily one of the caddiest hommes fatale of the bunch. The lack of backstory makes it even harder for us to sympathize with him, like we probably would with so many femmes fatale.

Alain Delon in Purple Noon (1960, dir. Rene Clement) – In the first adaptation of Patricia Highsmith’s novel The Talented Mr Ripley, the outrageously beautiful Alain Delon is Tom Ripley at his most devious, scheming and irresistible… Probably one of the best examples of a homme fatale, he seduces the audience as well as Marge (Marie Laforet)… and how could he not?

Glenn Ford in Gilda (1946, dir. Charles Vidor) – Perhaps the most electric of all film noir couples, Johnny and Gilda (Rita Hayworth) are equally toxic and bad for each other and oh so desperately in love. And while she’s easily one of the most iconic femmes fatale (and characters, period) in film noir, we can’t ignore the effect Johnny has on her (and her husband) throughout the movie…

And on that note, happy Noirvember!

Stoic and unemotional, Juror 4 (E. G. Marshall) voices his opinions well and with a seemingly calm exterior. While some other Jurors may rely on their personal feelings to debunk or back up Juror 8’s point of view, Juror 4 is completely unfazed throughout the entire film. And though this might be a good strategy in general, it is important to remember that there needs to be a balance between the two. This is perhaps one of the greatest testaments to the film’s ability to showcase the many facets of the human condition through these twelve characters. In the film’s climax, Juror 4 is one of the last jurors to change his mind, but significantly, he is convinced purely based on facts.

James Ashmore Creelman’s tragic death came after a short, yet prolific career in Hollywood as the screenwriter behind some of the most iconic horror films of the 1930s, so it seemed fitting that he should be featured in Horror Month’s edition of SCREENPLAY BY. The son of journalist James Creelman, James Ashmore Creelman was born in Marietta, Ohio in 1894. He graduated from Yale University, where he served as the editor of the humorous magazine The Yale Record, before moving to Hollywood in 1924. His film credits include Grit (1924, dir. Frank Tuttle), High Hat (1927), which he also directed, King Kong (1933, dir. Merian C. Cooper and Ernest B. Schoedsack) and The Most Dangerous Game (1932, dir. Irving Pichel and Schoedsack), which I covered here. In September 1941, he jumped off a building to his death in New York City, at the age of 46.

Horror Month is here! I say this every year, don’t I? But that’s only because I adore classic horror (imagine…) and I love talking about it. So let’s get right into it! Here’s The Uninvited (1944, dir. Lewis Allen).

Rick Fitzgerald (Ray Milland) and his sister Pamela (Ruth Hussey) fall head over heels in love with Windward House, a beautiful abandoned Cornish house that is just perfect for a break from the hoo-ha that is London. Upon meeting the owners, Commander Beech (Donald Crisp) and his granddaughter Stella (Gail Russell), they discover that there is much more to the house than meets the eye…

The original ‘are you telling us the house is haunted?’ movie, The Uninvited, based on Dorothy Macardle’s novel, manages to make you forget its now all too familiar tropes by being a badass of a psychological horror fest. The love child of Rebecca (1940, dir. Alfred Hitchcock) and The Ghost and Mrs Muir (1947, dir. Joseph L. Mankiewicz), The Uninvited reels us in with its charm – the dog and squirrel moment being one of the cutest things ever on film -, and makes us stay with its powerful message about the past, life, family and what it all means. Like so many horror flicks of the era, The Uninvited relies on its ability to effectively tell its story through suggestion, with the help of its stunning cinematography by the great (and Oscar-nominated) Charles Lang. As a result, Lewis Allen’s directorial debut went almost entirely the way he intented, had it not been for one scene, which makes use of a very real ghost. Other than that, it’s all in your head – a horror trope which will never, ever go out of style.

The oldest member of the panel, Juror 9 (Joseph Sweeney) has probably seen it all and, because of that, he offers wisdom, compassion and understanding to an otherwise hostile and tense room. Though he is one of the most unassuming jurors as the film goes on, he is poignantly the second one to change his vote from ‘guilty’ to ‘not guilty’, after witnessing Juror 8 (Henry Fonda) stand up for what he believes in, something Juror 9 can definitely appreciate. Symbolically, in the film’s last scene, the two formally introduced themselves to each other.

One of only six screenwriters to feature on one of my t-shirts (Big Sleep poster, woop!), Jules Furthman remains one of the most underrated screenwriters of his generation.

Born in Chicago, Illinois in 1888, he started his writing career as a magazine and newspaper writer under the name Stephen Fox. Throughout the 1910s and 20s, he wrote a ridiculous amount of screenplays, adaptations and scenarios, including The Way of All Flesh (1927, dir. Victor Fleming) and The Docks of New York (1928), the latter marking the beginning of his collaboration with director Josef von Sternberg. A writer-director duo that is often overlooked, they worked on such films as Morocco (1930), Blonde Venus (1932) and Shanghai Express (1932), among others. In 1935, he received his only Oscar nomination for Mutiny on the Bounty (1935, dir. Frank Lloyd), losing to Dudley Nichols, whom we covered here. In the late 30s and throughout the 40s, he often wrote for Howard Hawks, including Only Angels Have Wings (1939), To Have and Have Not (1944), The Big Sleep (1946) and Rio Bravo (1959), his last screenplay. Hawks supposedly said of him, ‘If there are five ways to play a scene, Furthman will find a sixth.’ Jules Furthman passed away from a brain hemorrhage in Oxford, England in 1966 at the age of 78.

Though he may seem timid and unsure at first, Juror 5 (Jack Klugman) offers something invaluable to the discussion: personal experience. His tough upbringing in the slums is similar to ‘the kid’s’ and though he tries not to let that get in the way, he relates to him nonetheless and provides insight into the mind of a teenager from a rough background, particularly during the switchblade debacle. His relatability and the other jurors’ snobbish attitude towards both him and the defendant serve as an example of how to treat people from different walks of life and his input is a reminder that everyone’s life experience is valid. 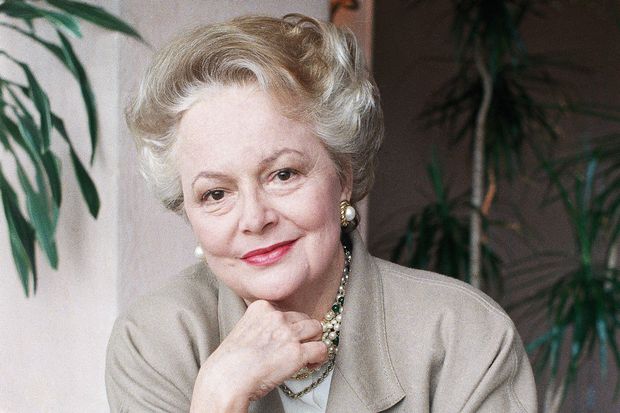 I couldn’t possibly cover 104 years of absolute badassary and do them justice, but, in my review of The Dark Mirror (1946, dir. Robert Siodmak) a few years ago, I referred to Olivia de Havilland as one of those ‘universally beloved people in the classic film world’ and the outpouring of love following her passing last month proves that. Her immense talent, dedication and wise choice of roles are a reflection of her hard-working nature and, if her infamous lawsuit against Warner Bros in 1944 – look it up – is anything to go by, she was just as fierce offscreen as she was onscreen. Like her BFF Bette Davis, Olivia fought for better parts and resisted the Hollywood studio system at a time when that just wasn’t possible. She re-invented her career time and again, ended up winning two Oscars for To Each His Own (1946, dir. Mitchell Leisen) and The Heiress (1949, dir. William Wyler) out of five nominations and, after 50 years in the business, she was made a Dame of the British Empire in 2017. A legacy such as hers shouldn’t have to require online articles entitled ‘More than just Melanie’ or ‘Ten Olivia de Havilland movies that aren’t Gone With The Wind’, especially because it seems to have been an exception, rather than the rule, but somehow her life and career seems to get lost in wider circles who no doubt know all about Bette, Kate or Joan. Yet, like them, Olivia was a baddass. And as she joins her old friends in Hollywood Heaven, we shall continue to honor her here on earth. Farewell, Olivia!