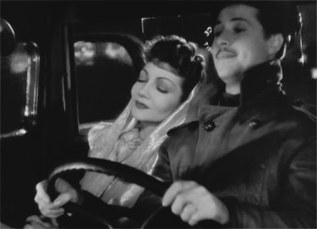 Legend goes that when Billy Wilder and Charles Brackett’s script of ‘Midnight’ was turned in, the studio liked it but thought it needed something. So they hired new writers to rewrite the script. ‘Get me Wilder and Brackett!’ they said. So Wilder and Brackett decided to hand in their script again without making any changes whatsoever. The studio then thought it was brilliant and that they should start filming rightaway. And so one of the all-time great screwball comedies was born. Claudette Colbert, John Barrymore, Don Ameche, Mary Astor, Francis Lederer and a crazy plot that will leave you in stitches. Mary Astor is cheating on John Barrymore, so he hires Claudette Colbert to seduce Francis Lederer and break up their affair. Screwball comedy at its finest. This was one of the many screenplays Billy Wilder and Charles Brackett wrote in the 1930s before Billy became a director in 1942 (they were, in fact, responsible for making ‘Garbo laugh’ in Ninotchka) and it’s one of their very best. And Claudette Colbert is pefect, as always.