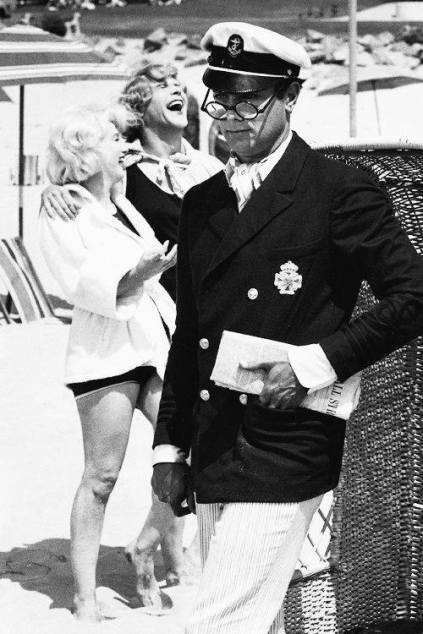 As you know, I’m weirdly wonderful. Or wonderfully weird, depending on how you look at it. And because of that, my long-term relationship with Classic Hollywood has had its quirks along the way. And one of them consists of imagining myself living in the actual films, like, sometimes you’re watching a film and you kind of think ‘Oh, that looks like fun!’, and you start thinking that it must been really great to be in it.

So here are some of the films that have genuinely made me think ‘I want to live in that!’:

My Man Godfrey (1936) – they’re as crazy as a box of cats and I want some of that! Screwballs have that effect on me, somehow. They’re all insane, and that’s what’s so appealing about them. I have yet to watch one that doesn’t make me want to be in it.

Some Like it Hot (1959) – everything about it is beyond wonderful. I mean, who wouldn’t want to live in Some Like It Hot? Imagine doing all those shenanigans with Marilyn Monroe, Jack Lemmon and Tony Curtis!

Stage Door (1937) – Oh the theatre! I did a bit of acting a few years ago and it was so much fun. I just loved the sense of community and togetherness that we all shared. Stage Door always reminds me of that.

To Catch a Thief (1955) – The gorgeouness all around! It all looks so idyllic.

Grand Hotel (1932) – I would love to spend one week at the Grand Hotel and meet all those characters and hear their stories and laugh and cry with them. Seems like a nice place to lose yourself in.

The Women (1939) – I mean, come on, how can you not love it? Imagine hearing those one-liners on a regular basis. And the gossip! I know it’s petty, but it’s a lot of fun!

There you have it, folks! Happy Sunday ❤

9 thoughts on “Classic Movies I would like to live in”