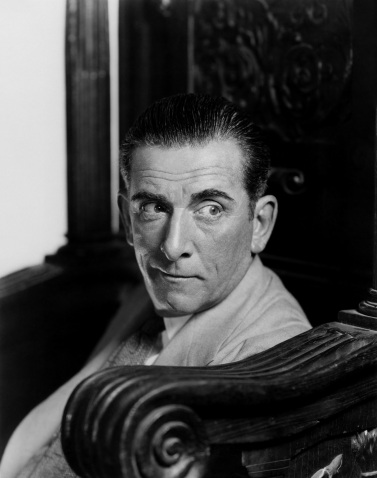 Edward Everett Horton. So immensely popular amongst Classic Hollywood buffs, I had to write his name in the sign-up for the blogathon as quickly as I could before someone else took it. He’s all mine, muahaha!

Like Thelma Ritter, Charles McGraw or Beulah Bondi, Edward Everett Horton is one of those character actors that can make you squeal with excitment just from seeing his name in the credits. But the thing is, it’s kind of hard to categorize what type of character actor he was. He’s not necessarily a sidekick in the traditional sense, and he’s not a scene-stealer either. He’s what I often call a ‘cherry on top’ character actor. With his piercing, expressive eyes, his iconic voice and his enviable comic timing, he makes any film better just by being in it and he always brings an extra slice of delight, humour and familiarity that you didn’t know you needed.

I was watching Trouble in Paradise (1932) the other day (shout out to the genius that was Ernst ‘so good, they named a technique after him’ Lubitsch) and I was once again amazed at how effortless he makes it look. I mean, he just had a gift for comedy, didn’t he? The double (or triple) take that he perfected is just wonderful and it’s probably taken for granted nowadays, because everybody does it, but Edward Everett Horton did it before anybody else. Personally, I think his scenes with Charlie Ruggles (another ‘cherry on top’ wonder, that undoubtedly is going to be featured on this blogathon, so check it out) are comedy perfection. Their timing is on point, and they feed off each other beautifully. A great unofficial comedy duo, for just that one film – oh, what could have been!

Of course, one of his most famous performances was in Holiday (1938), in which he reprised the role of Nick Potter that he’d previously played in the original Holiday (1930). Holiday is one of the loveliest movies ever and I usually watch it around this time of year (as I did last night), and while I love Katharine Hepburn and Cary Grant (I don’t believe I ever mentioned that…), I’m always extremely happy to see Edward Everett Horton whenever he comes on. He just had that wonderful quality about him. He’s comforting, he’s warm and he’s reliable – in the best possible sense of the word.

For me personally, Edward Everett Horton is one of the all-time great character actors. In fact, I think he’s the definition of a character actor. There wasn’t a whole lot he couldn’t do and 1930s/40s comedies wouldn’t be the same without him.

Click here to read the other entries on the What a Character! Blogathon.

21 thoughts on “What a Character! Blogathon – Edward Everett Horton”