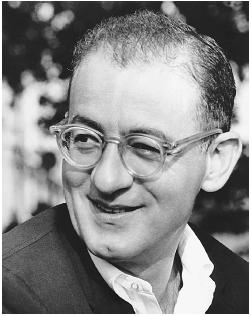 Billy Wilder may be everyone’s favorite screenwriter, but one could argue that some of his best screenplays are the ones he wrote with the often overlooked I. A. L. Diamond. And since June is Diamond’s birth month, as well as Wilder’s, today’s SCREENPLAY BY is dedicated to him.

Born Itek Domnici in 1920 in Ungheni, Romania (now Moldova), he moved to Brooklyn with his family at the age of nine. He enrolled in the Boy’s High School, where he competed in Mathematics Olympiads, winning several of them, before going on to study journalism at Columbia, publishing in the Columbia Spectator under the name I. A. L. Diamond. He was also the editor of the humor magazine Jester of Columbia and, perhaps more notably, wrote four consecutive shows for The Varsity Show, Columbia’s oldest performing arts presentation – since 2004, the University has awarded several writers and artists the I. A. L. Diamond Award for Achievement in the Arts in his honor.

In the early 1940s, Diamond moved to Hollywood, and in 1944 started working on his first screenplay, Murder in the Blue Room (1944, dir. Leslie Goodwins). The following year, he wrote Never Say Goodbye (1945, dir. James V. Kern), for which he received considerable recognition. He went on to write a string of comedies, including Monkey Business (1952, dir. Howard Hawks) and That Certain Feeling (1956, dir. Norman Panama and Melvin Frank), and in 1957, he began his long-term writing collaboration with Billy Wilder, with Love in the Afternoon (1957), which Wilder also directed. Together they wrote such classics as Some Like It Hot (1959), The Apartment (1960), for which they both won the Oscar for Best Original Screenplay, Irma La Douce (1963) and The Fortune Cookie (1966) and in 1969, he wrote the screenplay for Cactus Flower (1969, dir. Gene Saks), adapted from the Abe Burrows play of the same name. In 1980, Diamond and Wilder won the Writer’s Guild of America’s Laurel Award for screenwriting, and eight years later I. A. L. Diamond died in California at the age of 67.