These are all things I’ve said either to myself (!) or to other people. They all true and I sometimes wish they weren’t…

‘Alright, Carol, you’ve been watching too many movies from 1932’

‘This is too much Veronica Lake in one week’

*someone tells me when their birthday is* Me: ‘OMG that’s the same day as *Old Hollywood personality*, that’s so cool!’

(answering the phone) ‘Ahoy hoy, is this Myrna Loy?’

‘I blame Dark Victory (1939) entirely for my hypochondria’

‘April 5th is such an awesome day for Classic Hollywood buffs’

‘I would so love to go party with Eve Arden!’ 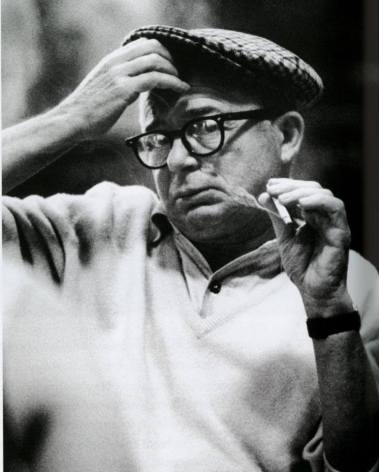 It’s Billy Wilder’s birthday! Woohoo! The thing is, I don’t know what to say about Billy Wilder anymore. I’ve gushed about him so much over the years, I honestly can’t think of anything else to say. You know I’m obsessed with The Apartment (1960), that I consider Some Like it Hot (1959) to be comedy perfection, and that Double Indemnity (1944) is my favorite noir. Not to mention I can do a spot-on impression of Norma Desmond. Well, ‘spot-on’ might be an exaggeration. But yeah, Billy Wilder is one of my biggest idols and the reason why I decided to become a screenwriter. I love and double-love Billy Wilder.

So, all that’s left for me to say is thank you. Thank you for everything, Mr Wilder, and I hope you’re having a wonderful birthday in Hollywood Heaven.

So yesterday was National Best Friends Day, but I thought it was today *everybody rolls eyes at Carol*, so bear with me, this is a day late. Anyway, in this Top 10 Countdown, I will pick my favorite friendships in classic movies.

– Family relations or couples will not count 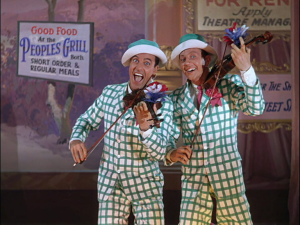 Funny, adorable and boy, can they dance! They have been best friends since their days as vaudeville performers, so they go way back. They make a fantastic duo and their friendship is one of the highlights of the film for me.

What a wonderful friendship they have. Inside jokes, drinking, laughing, sharing, plus they work together… These two are not only #FriendshipGoals but also #CoworkerGoals, if there’s such a thing. Probably not. 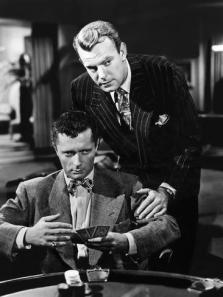 In noir world, relationships of any kind are fast, fickle, and often fake and you must never take them for granted. Which is why Dennis and Tony’s friendship, however brief, is so poignant. It was the only thing they had. Their job made them do things they had to be prepared for, but probably never really were. The few moments they share are like a breath of fresh air in an otherwise incredibly heavy film noir.

This is an interesting one, because it’s purely based on the fact they live next to each other. But nonetheless, they have a very amicable relationship, great banter and they always seem to be there for each other.

In a movie where friendships are actually the main focal point, it was difficult to pick just one. In the end, I had to go with Terry and Jean’s friendship, because it was always such a love-hate type of relationship, with its ups and downs, and it came out on top in the end.

I was torn between Margo and Birdie, and Margo and Karen, but I decided to go with Birdie in the end. She is the only person who can see through Eve the entire time and is always trying to warn Margo about her. She is also the only one who can tell Margo off when she’s being an idiot and because she’s her assistant/maid, she’s always taking care of her.

The only ‘I love you too’ that ever meant anything in noir world. Regardless of the film’s plot and outcome – no spoilers, although, who in the world hasn’t seen it?! – they were always close and their friendship was real.

Louis would probably get jealous if he read this post, but I just have to include this particular friendship instead. It is probably the oldest relationship in the movie, and the one that never changes throughout. At the end of the day, Rick will come back to Sam, and Sam will play ‘As Time Goes By’ for Rick.

Even though they had to join a female band because they were trying to avoid getting killed, it still sounds like a really fun thing to do with your best friend. I love their moments together, they are funny as hell, have incredible chemistry and I just want to go party with them.

Before I reveal my number 1 pick, here are some honorable mentions:

Even though you could argue that the film’s themes are a bit shallow and outdated, you can’t deny that the friendship between Dorothy and Lorelei is real and pretty much the driving force of the film. Dorothy’s protectiveness over Lorelei, and Lorelei’s adoration of Dorothy in a world full of men and diamonds is what gets them 1st place on my list.

There you have it! Happy belated Best Friends Day!

Musicals of the 1930s are pretty much screwball comedies with songs. And they’re absolutely fabulous. Especially Fred Astaire and Ginger Rogers ones. Ten adorable little pieces of cinema, with perfectly executed song-and-dance numbers and heart-warming, albeit interchangeable plots. Two of them in particular, Top Hat and Swing Time, are the most iconic of them all. I re-watched them recently after a number of years and I still love them both for different reasons.

For me, Top Hat works better as a screwball comedy than Swing Time. And Swing Time works better as a musical than Top Hat. Ultimately, the point of these films – other than to showcase Fred and Ginger’s heavenly partnership – is to make you feel good. They’re musicals. They’re fun and lovely and beautiful. But for me personally, Top Hat has a better story and Swing Time has better numbers. Even though both of them share many of the same (screwball-y) qualities: quarrelling lovers, a doomed romance, misunderstandings, colourful supporting characters, one-liners and a wisecracking friend who serves as the voice of reason (Madge and Mabel, both played by Helen Broderick). Since I’m championing Top Hat as a screwball comedy, I have to mention one of the all-time great comedy supporting actors, the one and only Edward Everett Horton. I absolutely love that man and will watch anything he’s in. His mere presence in Top Hat almost made me question if I do indeed love Swing Time more.

Turns out I actually do. Always have. I think generally Top Hat is considered the most famous movie Fred and Ginger made together, but in my opinion Swing Time is better. There are more iconic numbers in Swing Time than Top Hat, for one – even though the all-time most iconic Fred/Ginger number, Cheek to Cheek, is indeed from Top Hat. But take a look at this: Pick Yourself Up (my favorite), A Fine Romance, the Oscar-winning The Way You Look Tonight, not to mention the majestic Never Gonna Dance. They are all incredible pieces of art from the song-and-dance era. And they’re all from Swing Time. I love them both, but Swing Time wins for me. Plus, it’s the movie that made me want to learn to tap-dance. It might have just been a spur of the moment, though. Never actually learned. But I will one day, hopefully. That’d be grand.